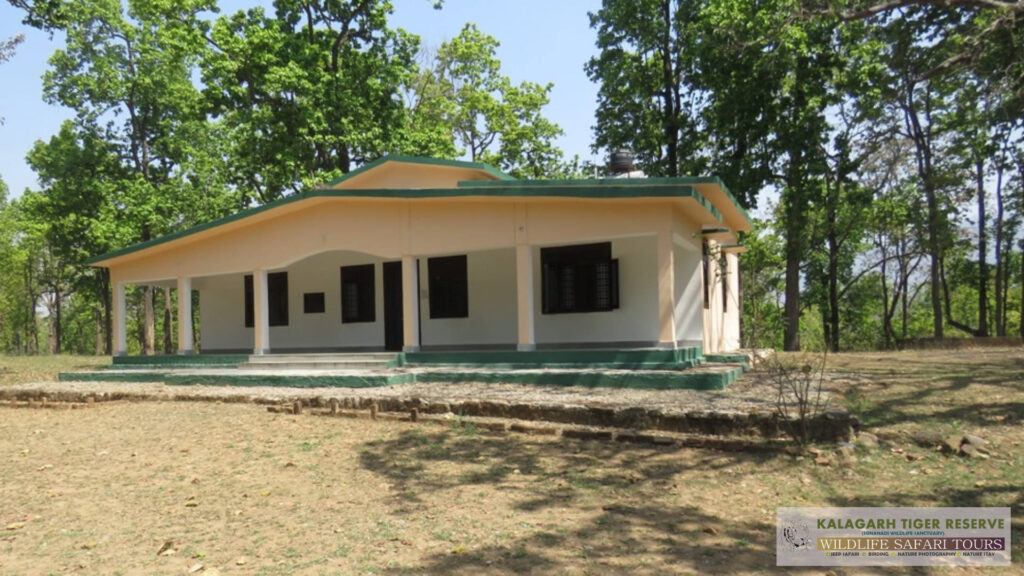 Chokham (Chaukhamb) FRH built in British era. Generally when British forest staff goes for patrolling, in deep jungle of Lansedowne Forest, it was only the stay option. It is now renovated with new look and presence. It is 18km from Saneh Entry Gate. It is approachable by Gypsy drive from December onward. However, during the rainy season up to December, it is a difficult trek as one has to cross the Kolhu river at nine places. The FRH connects Corbett Tiger Reserve via Saneh-Kolhuchaur-Chaukhamb route on forest roads, motorable during fair weather. It is one of the best known for wilderness habitat.

Mobile Network: No mobile network as it is quite deep inside

Electricity: Only Solar light, which is generally used after evening.

Water: Shortage of Water in Summer as nearby water sources remain dry. Carry enough drinking water when you booked for stay.

How to book this Forest Rest House: